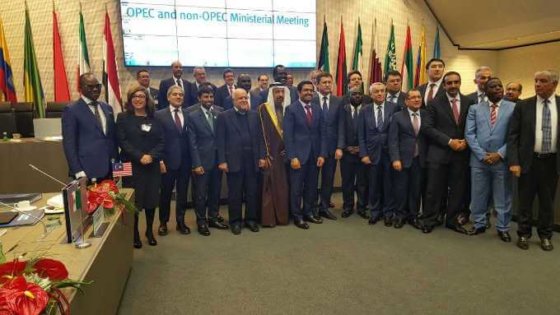 Equatorial Guinea said Monday it had applied to join OPEC, in a sign of the cartel’s renewed clout following its first output cuts in eight years.

The African oil-rich nation was part of a group of 11 producers that agreed to join the Organization of the Petroleum Exporting Countries last month in carrying combined production cuts of 1.8 million barrels … Continuar leyendo →